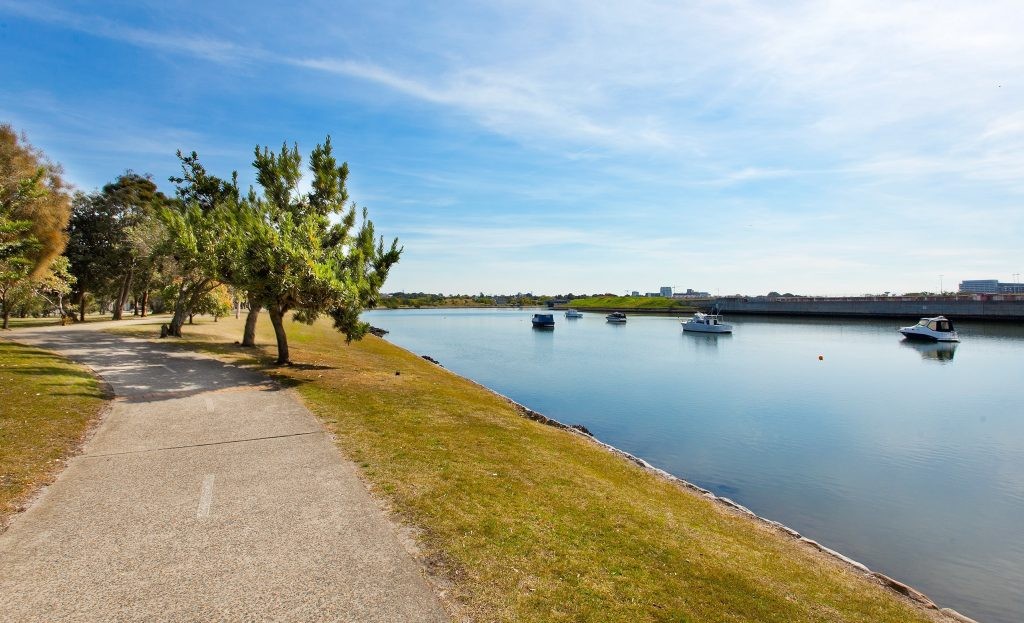 One of the three heritage-listed market gardens in the area, Occupation Road Market Gardens, is located in Kyeemagh and is amongst the oldest in New South Wales. It is amongst the last surviving examples of market gardens that flourished in Sydney, cultivated first by European settlers like the Cornish, Irish and Germans, and later by Chinese settlers.

History
In the 1920s the area was known as North Brighton but was later named to Kyeemagh which is an Aboriginal name meaning ‘beautiful dawn’.  The area was originally used for farming, but this was discontinued in 1916 when a residential subdivision took place.

Shopping
A small group of shops is located in Bestic Street near General Holmes Drive which include botany bay bait and trackle, andy’s seafood, florist and Macs café.

Transport
The Endeavour Bridge links Kyeemagh to Sydney Airport, Botany and Mascot. The entrance of the M5 Motorway is also located here which links to Arncliffe, Kingsgrove, Beverly Hills and west to Liverpool and Campbelltown.
Kyeemagh is also serviced by regular buses to Rockdale, Miranda and the city.